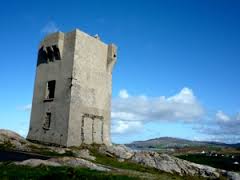 The importance of the landscape, scenery and natural environment of Donegal and the North West has been highlighted in a survey of visitors just published by Failte Ireland.

Over 900 visitors were surveyed between May and October last year, 61% of whom were first time visitors to the region.

56% of all those surveyed said they would recommend the region to friends and family, with the natural environment, friendliness of the people and the history and culture of the area among the main reasons.

However, some issues of concern emerged, including a finding that of people who rated the food in the region to be very good, less than 40% found it to represent good value.

Martina Bromley of Bord Failte says the survey points to areas where improvements can be made, but says the fundamentals are in place, and initiatives such as the Wild Atlantic Way will play to those strengths.

Speaking on today's Shaun Doherty Show, she confirmed that proposalss for a visitors' centre at Malin Head are being considered..............