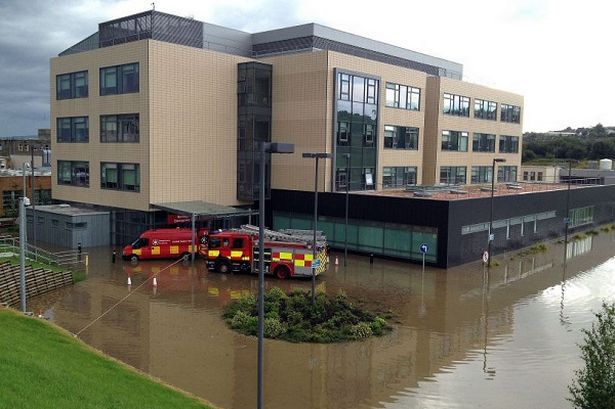 It is one year since the devastating flood that hit Letterkenny General Hospital.

On the evening of the 26th of July last year, after one hour of torrential rain, parts of the hospital were destroyed by severe flooding. It was, and still is, the worst natural disaster to hit any Irish Hospital in the history of the state. 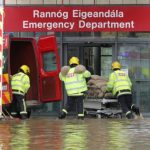 I was there on that night in July last year. After finishing my shift, I headed to the hospital, after I received a call from a nurse who worked in there.

On my drive down from the Mountaintop to the hospital that evening, I didn’t know what to expect.

When I got into the hospital I met a number of members of staff at the front door, they were armed with mops and brushes, and had plastic bags wrapped around their feet.

I was led to the Managers office on the ground floor, he wanted to send out a message over the airwaves to tell the public not to attend the hospital. 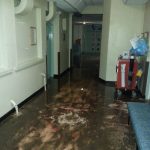 The ground floor and parts of the first floor were under 47 centimetres of water. But it wasn't just normal water; this was water coming through overflowing sewers, with bits of toilet paper and excretion floating through it. On the first floor, the walls were leaking with gushing water, in other areas, pieces of machinery worth hundreds of thousands of euro were destroyed.

It was clear that the hospital had a catastrophe on their hands.

In the weeks after the disaster, patients were sent to nearby hospitals in Sligo and Derry, as repair works and reconstruction began.

And in the months that followed, temporary portacabins were erected around the hospital.

But one year on, what is the situation? Has much progress been made? How much repair and reconstruction has to be done? 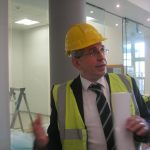 I met up with the Hospital Manager, Shaun Murphy this week, and he took me on a tour of some of the areas of the hospital which were worst affected by the flood.

When I walked in the front doors of the hospital, everything looked normal, and for most areas in the hospital, you would not of known the flooding ever happened.

But as I was taken further around the hospital, there are many areas that are still closed off, while other areas are temporary portacabins connected to the hospital; which I didn't actually know until the Manager told me that we were in fact now in a portacabin. 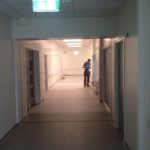 Although it may seem normal from the outside to Joe Public, what I learned was that there is still a lot of work to be done.

But the two most shocking things I learned on my tour around the hospital, was the sum of money spent so far, and the fact that there is no guarantee that a repeat catastrophe will not happen again.

So far €43 million and counting has been spent, and with the whole facilty not going to be fully opened until Spring 2016, it's hard to know what the final figure will be, surely millions more. And that figure just signifies the damage that was done on that night in July last year.  €43 million worth damaged caused by mother nature. 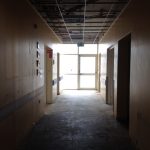 Another shocking thing for me, was that there is no guarantee that a similar disaster will not happen again. Yes, defences are in place, and management, engineers and staff are well prepared if there was ever a similar monsoon, but there are no guarantees.

So, after my tour of the hospital, it's clear to see that significant progress has been made. In the wake of the flooding disaster last year, it was hard to foresee the hospital getting back to anywhere near normal; they are getting there, but, it is also clear, that there is still a lot of work to be done. 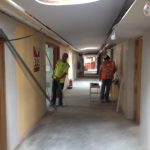 Many areas are still closed off and are months, even years away from completion, but management and staff are confident that by Spring 2016, the facility will be better than it ever was, which was truly unthinkable in the aftermath of the flood.

Today was my first time back at the Letterkenny General since the flood, and although there is still work to be done, it's a wholly different picture to the one I had in my head from last year.