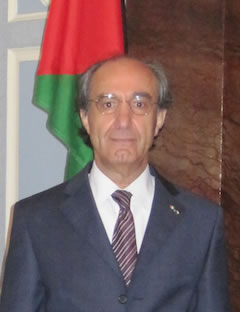 Officials in Gaza say up to 25 people have been killed in renewed Israeli shelling this morning.

Israel's military says it's resuming operations - and blaming Hamas for breaking a 72 hour ceasefire brokered by the UN and US.

The IDF says a number of its soldiers have been injured in a "serious incident" on its border with Gaza.

Meanwhile, after supporting a call for the Israeli Ambassador to Ireland to be expelled in protest at that country's actions in Gaza, Donegal County Council has voted to officially welcome the Palestinian Ambassador to Ireland Ahmad Abdelrazek and his deputy when they visit the county on Thursday week next.

The ambassador will address a public meeting in Gweedore which is being organised by Cllr Michael Cholm Mac Giolla Easbuig.............