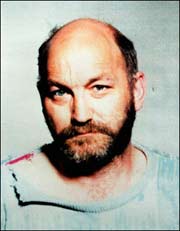 It's emerged that investigators believe that child killer Robert Black may have intended to murder a girl near Ballyshannon in 1978, a year after the death of Mary Boyle, whose body has never been found.

Black, who is currently serving 12 life sentences for the kidnap and murder of four girls has long been suspected of involvement in seven-year-old Mary Boyle's presumed death.

The latest speculation comes as prosecutors consider whether to charge Black with the murder of a 13 year girl in Devon in 1978. Her body has never been found.

The Daily Record reports today that Cold case expert Chris Clark has found evidence that Black went back to the area in County Donegal the next year searching for another victim.

Mary Boyle vanished in Cashelard in March 1977, with the former detective saying he has evidence that Black, a van driver, was working in the area at the time.

Chris Clark says when Mary went missing, Black was a regular visitor at a pub in County Donegal, and he appears on a Garda charge sheet for after-hours drinking. His presence was again recorded in the area a year after Mary went missing.

He says Black was noted by female witnesses asking about another girl, and when they declined to help, they described him as becoming angry.

Black, now 67, was found guilty in 1994 of three child murders in the UK in the 1980s, and in 2011, he was Black was convicted of the 1981 kidnapping and murder of nine year old Jennifer Cardy in County Antrim.