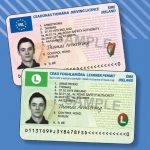 A loophole in enforcement of the law that allows convicted motorists to escape penalty points will be closed by the end of the year, the head of the Courts Service has promised.

new figures reveal just a third of the 31,664 drivers convicted of the motoring offences in court since the beginning of 2013 had points recorded on their licence.

The rest escaped penalty points by failing to produce their licence to gardai or in court.

Susan Gray, the Donegal based founder of the road safety campaign group PARC, says it's a loophole that needed to be closed: