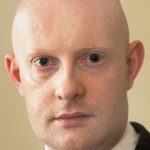 A Derry man living and working in Thailand who was reported as missing by his family has been found safe and well.

37-year-old Matthew Boyle moved to Bangkok nearly three years ago to work as a senior business analyst and currently runs a bar in the capital city.

His family became concerned as while he usually kept in regular contact, they had not heard from him since 8 July.

His parents were unable to contact him by phone, text, email or Skype. The Irish Foreign Office was providing consular assistance.

However on Tuesday, his cousin tweeted that Matthew had been in contact and that he is safe and well. 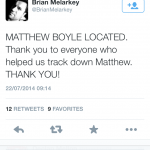