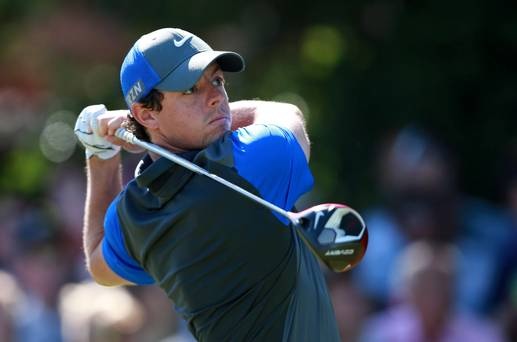 Rory McIlroy holds a 4-shot lead heading into the weekend at the Open Championship.

The former world number one was back to his brilliant best today after carding another 6-under par round of 66 at Hoylake to move to 12-under par.

Despite starting his round with a bogey, McIlroy is the only player in double-figures at the half-way point and holds a four-shot cushion over Dustin Johnson.

There's another 2 shots back to a group of 6 players that are tied for 3rd place on 6-under par.

Of the other Irish players in the field...

- Graeme McDowell finished strongly this evening with 4 birdies on his back nine to shoot a 69 that leaves him on 1-under par.

- Shane Lowry is also on 1-under after recovering from a poor start this morning to salvage a 3-over par 75.

- Darren Clarke finished with a birdie to sit on level par after back-to-back rounds of 72.

But the rest of the Irish players will miss the weekend's action.

- Amateur Paul Dunne finished up on 4-over par

- And Michael Hoey withdrew this morning with a foot injury.