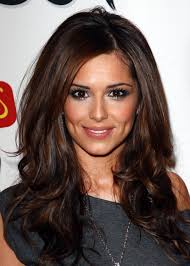 Cheryl Cole's marriage has reportedly not yet been made official.

The 31-year-old star revealed she had tied the knot to her French boyfriend Jean-Bernard Fernandez-Versini during a secret ceremony on the Caribbean island of Mustique last week, but it has now been claimed that the marriage has not yet been registered.

Officials at the Caribbean births, marriages and deaths department in Kingstown reportedly don't understand why JB has listed so many names on the marriage certificate as it reads: "Jean-Bernard Justin Antoine Aime Bastien Thierry".

A clerk from the office told The Sun newspaper that they're waiting to hear from the couple, saying: "We need to know the spelling of his names before we can process the documents and register the marriage."

Meanwhile, the part-time pastor who oversaw the ceremony - Devon R Ollivierre - has now revealed he had no idea Cheryl was famous and claimed he wouldn't have gone ahead with the nuptials if he'd known about her previous marriage to former England soccer star Ashley Cole.

He told the Daily Mirror newspaper: "I came to understand she was a singer but I didn't know who she was. She just told me she wanted something modest."

He added: "If I had the time I would question you regarding your divorce. But I didn't meet them before."