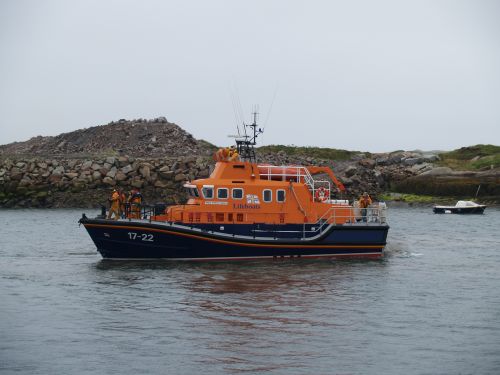 The Aranmore Lifeboat has attended the scene of a overturned catamaran close to Loughross Point.

The alarm was raised shortly after noon on Friday by a man on shore.

Three people who were on the boat were able to swim to land and are uninjured.

Efforts are underway to right the vessel which will be towed to Rossbeg.

Meanwhile, the volunteer crew of the Bundoran RNLI lifeboat have rescued 6 teenagers who had been cut off by the tide at the West End of Bundoran.

They were successfully rescued and none suffered any injuries.