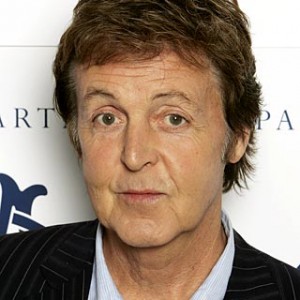 Paul McCartney had a hand in assisting a fan to an impromptu wedding proposal.

The 72 year old Beattle, who was playing in New York as part of his Out There Tour, saw two signs in the crowd, one reading, " he won't marry me til he meets you" & the other saying "I've got the ring and I'm 64".

McCartney called the happy couple to the stage where the whole audience gave witness to the proposal.