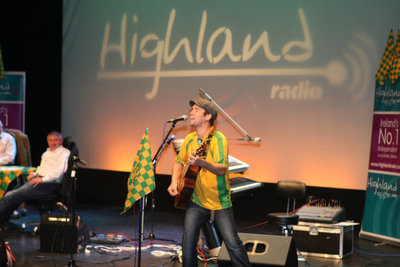 Following on from penning what became the anthem for Donegal's All -Ireland success, Rory Gallagher has released a new track ahead of the pro boxing debut of Jason Quigley.

His native Twin Towns and the whole of the county will be cheering on The Golden Boy Promotions fighter when he makes his pro debut in Las Vegas on the 12th of July.

You can download Rory's new track from itunes. It's just 99cent and all money raised will be split between the Donegal Hospice, Animal Rescue and Forgotten Horses of Ireland

You can preview the song below..