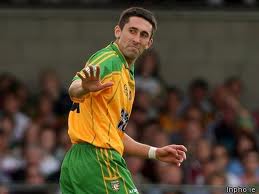 The duo's inclusion at midfield sees youngsters Odhran MacNiallais and Darach O'Connor dropping to the bench.

Kavanagh was suspended for the win over Derry while Gallagher wasn't risked from the start because of injury.

Kavanagh was suspended for the win over Derry while Gallagher was not risked from the start because of injury.

Christy Toye and MacNiallais started at centre-field against Derry but Toye was replaced at half-time by Martin McElhinney with MacNiallais withdrawn after 55 minutes following Gallagher's introduction.

With half-forward Toye starting at midfield for the Derry game, O'Connor was handed a championship debut and while the Buncrana youngster did look lively early on, he was replaced 10 minutes into the second half.

Donegal's clean bill of health releases Michael Murphy to line out at full-forward from the start as opposed to the more deeper role in which he operated for much of the Oak Leaf contest.