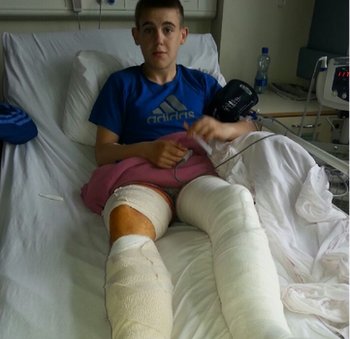 A Derry mother has said she is shocked and angry after her 18-year-old son was shot five times in the legs.

Gareth Fisher was the victim of a paramilitary style attack on Thursday night, in the Rathlin Drive area of Creggan.

He was shot twice in his left leg and three times in his right leg and was taken to Altnagalvin Hospital for treatment.

Speaking on the Shaun Doherty Show, his mother Alicia Fisher said those who carried out the attack were “disgusting”....