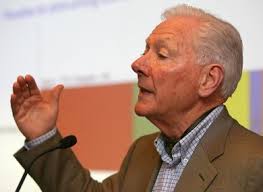 Gay Byrne has denied he had a serious row with the former Garda Commissioner over penalty points revelations.

Gay Byrne says he spoke with Martin Callinan about resources, and also discussed John Wilson and Maurice McCabe's evidence about the quashing of penalty points. There was a disagreement, he says, but no "blazing row".

The broadcaster is leaving his position as Chair of the Road Safety Authority after 8 years in the role citing a lack of garda presence and resources to enforce the law on the roads.

He told the Shaun Doherty Show today he had recently travelled from Dublin to West Donegal and back without seeing a single garda, and that is not acceptable.

Mr Byrne says the perception is that garda road campaigns are confined to Bank Holiday weekends, and that is contributing to an increase in collisions and injuries...........