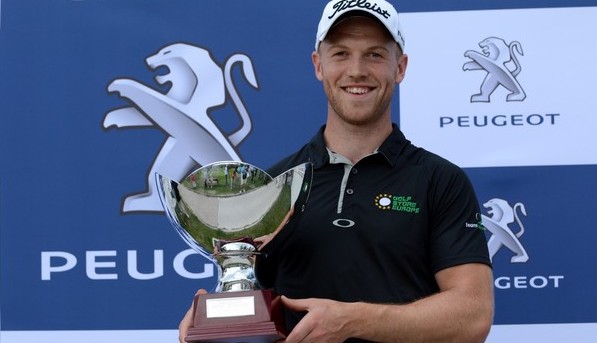 Brendan McCarroll has lifted his fourth Alps Tour trophy at the the Peugeot Open in Madrid today.

After a tough battle against home player Spaniard Alvaro Salto, The Ballyliffen professional shot a final 68 to finish -11 and win by a shot.

McCarroll teed off in the last group with overnight leader Salto who had a two shot advantage at the beginning of the day.

Brendan had birdies at the 4th, 6th 7th and 9th holes to set him on course for victory.

With this win, Brendan McCarroll enters the Top 5 of the Alps Tour ranking in third position behind Thomas Elissalde, second and Italy’s Nino Bertasio.