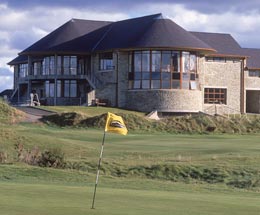 The British Open Golf Championship is to return to Northern Ireland for the first time since 1951, with Royal Portrush expected to host the tournament as early as 2019.

The Royal and Ancient had said last month that it remained "some distance" from being able to stage the Open in the North.

However, the R&A is expected to confirm Portrush as an Open venue early next week after discussions with the club and the Northern Ireland Executive.

Just last month the Manager of Ballyliffin Golf Club, John Farren said if Portrush secures the British Open, then bringing the Irish Open to the Northwest in the same year would be ideal: