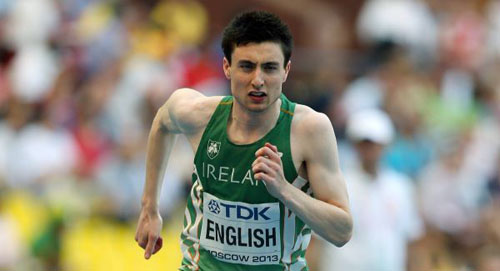 Mark English continues to build on his form ahead of the European Championships later in the summer.

The UCD Student ran a season's best of 1 minute 46.22 seconds in the 800m over the weekend at the FBK Games in Hengelo, Holland.

English who finished second in the race behind Kenya's Robert Biwott was again inside the qualification time for the Europeans in Zurich in August.

Meanwhile, it has also emerged that he is on the look-out for a new coach.

He had been coached by Letterkenny's Theresa McDaid whom he has praised for her guidance over the years during which he won a gold medal at the European Youth Olympics and finished fifth at the World Junior Championships.