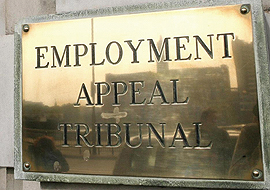 The former manager of Inishowen Community Radio has won his case for unfair dismissal at the Employment Appeals Tribunal.

The Tribunal also awarded Jim Doherty 40 thousand euro but he admits he is unlikely to receive that as the station is now defunct.

Mr Doherty left the station in controversial circumstances in 2012 - last year The Labour Relations Commission also found in his favour in a separate action against the station.

Reacting today he says he is glad his name has been vindicated but it is bitter sweet: