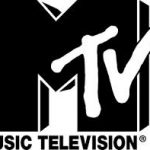 MTV is to host a major concert in Derry's Ebrington Square in September.

It's reported this morning that Derry City Council is investing close to a million pounds into the event, which has been under discussion for some time.

Last year's BBC 'One Big Weekend' was one of the flagship events of the City of Culture year, and it's hoped that success can be mirrored in this MTV year's concert.

Specific details of times and artists have yet to be confirmed.