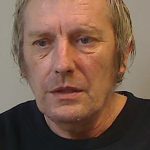 Police and the family of a missing Derry man say they are becoming increasingly concerned for his safety.
55 year old Patrick McNeilly hasn't been seen since he was dropped off at the bus depot on Foyle Street at around 1.30pm on 23rd May.
It's believed he may have then travelled from Derry to the Northamptonshire area and police are keen to establish his exact whereabouts.
Patrick is described as around 5' 9" tall, medium build with grey hair and a pale complexion. When last seen he was wearing a grey round neck t-shirt, a green jacket, blue jeans and black and white trainers. He is also understood to have been carrying two plastic bags and a backpack.
Patrick or anyone who knows his current location is asked to contact police on the non-emergency number 101.