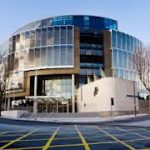 The trial of a Donegal man accused of falsely imprisoning and raping his ex-girlfriend has reached its closing stages at the Central Criminal Court.

The thirty year old, who cannot be named, has pleaded NOT guilty to the false imprisonment and rape of his ex-girlfriend at her home in the early hours of April 6, 2011.

The accused has pleaded guilty to criminal damage by altering her Facebook settings on the same date.

But, Sean Gillane SC, prosecuting, gave the jury a “health warning” in his opening address that just because the accused has pleaded guilty to one charge does not mean he is guilty of everything else.

The man told gardai his ex-girlfriend agreed to have sex with him on condition he was not “cheeky about it”.

The complainant said in evidence that the accused raped her in her bedroom. She said he told her to stop crying or he wouldn’t be able to ejaculate.

The trial continues before Mr Justice Garrett Sheehan and a jury of six women and six men.