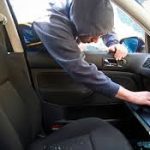 Gardai have designated today a "Crime Prevention Day of Action", with an emphasis on thefts from cars.

Crime Prevention Officer Sergeant Paul Wallace says there's been a 47% increaze in such crimes in
Donegal.

That reflects a year on year increase across the board, with 24 reports in Buncrana compared to six over the same period last year.

There have been 30 reports in Letterkenny this year, five up on 2013. Five incidents were reported in Milford, an increase of four, and 64 in Ballyshannon, up 20 on last year.

Sergeant Paul Wallace is urging people to take more care, particularly as the weather improves and people are out and about more...............

August 5, 2021
Members of the Defective Blocks Working Group met with the Department of Housing yesterday for the first time. It coincided with a gathering of affected...