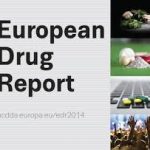 Ireland ranks third in the EU for the number of drug-related deaths.

Confirmation of the statistic comes just days after health officials warned people to steer clear of a batch of potentially lethal drugs under the names 'Double Cross' or 'Double Black' drugs.

Their potential involvement in an incident at weekend house party in St Johnston is still being investigated. One man died and three were hospitalised following the incident on Sunday night.

The European Monitoring Centre for Drugs and Drug Addiction says the EU has an average drug death rate of 17 point 1 per million.

Only Estonia and Norway's figures are higher.