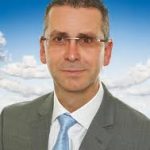 After the 11th count in the Inishowen Electoral Area, FG Cllr Bernard Mc Guinness has been returned to the council Chamber in Lifford.

Update - After the 9th count, Sinn Fein's Jack Murray and Independent Nicholas Crossan have been elected.

As the counting of votes continues in the Inishowen Electoral Area, it's been confirmed that former IFF councillor Albert Doherty is returning to Lifford, this time representing Sinn Fein.

Fine Gael's Mickey Doherty will lose his seat, and his party colleague Cllr John Ryan is facing a battle to hold on to his seat with outgoing Buncrana Cllr Ciaran Mc Laughlin. The counting of votes is continuing, the distribution of Joe Murphy's 788 votes is set to be crucial in this intriguing count.

Fianna Fail's Martin Mc Dermott is the first new member to be elected to Donegal County Council, exceeding the quota by over 400 votes. The eleventh count in full -