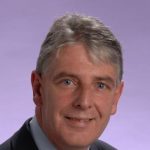 After a lengthy count, the Letterkenny Electoral Area count has concluded, confirming the final make up of Donegal County Council. The last seat went to a battle between Independent Donal Cullen and outgoing Cllr Mick Quinn following the distribution of Jimmy Kavanagh's surplus of 258.

Outgoing Mayor Ian Mc Garvey, the oldest councillor in the country, has been returned to Donegal County Council.

The Independent Cllr was br0ught over the quota on the transfers of Letterkenny Mayor Pascal Blake who was eliminated on the 13th count with 957 votes.

Update - James Pat Mc Daid has been elected to Donegal County Council, exceeding the quota in the 13th count.

Letterkenny Cllr Ciaran Brogan has been returned to Donegal County Council exceeding the quota of 1,719 following the elimination of Labour's Siobhan Mc Laughlin and the distribution of her 353 votes. Her party colleague Christy Galligan has now been eliminated, with his 419 votes being distributed.

Independent John O'Donnell has been elected to Donegal County Council, taking the second seat, and pledging to run as an independent candidate in the next general election.

Cllr Liam Blaney has been returned to Lifford after topping the poll and exceeding the quota on the first count. His surplus of 44 votes is currently being distributed. The first count in full