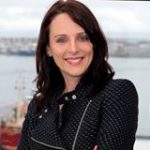 The counting of votes in the Donegal Electoral Area has concluded. Earlier, the poll topping success of Niamh Kennedy was followed by the election of fellow independent Tom Conaghan and Fianna Fail's Sean Mc Eniff. It then went down to the wire, with Fine Gael's John Boyle losing his seat, and after a battle between sitting councillors Barry O'Neill of FG and Brendan Byrne of FF, Cllr O'Neill took the last seat, having seen SF first timer Noel Jordan also take a seat.

Killybegs based Independent Niamh Kennedy has been elected to Donegal County Council, having reached the quota on the 8th count.

The first count has been completed in the Donegal Electoral Area, with no candidate elected. The lowest placed candidate Patricia Mc Cafferty's 27 votes are currently being distributed. The first count was as follows