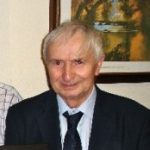 Michael was synonomous with Highland Radio's GAA coverage for many years, presenting the weekly GAA programme and co-commentating on many Donegal games, among them the 1992 All Ireland Final victory. He also had a particular interest in Tyrone, following that county's All Ireland winning team froj the time they were minors, and building up a particularly close relationship with Mickey Harte and the players in the process.

He was also committed to the Irish language, and was Highland's Irish Programme presenter, as well as a founder member of Gael Uladh, witj a particular commitment to providing contemporary Irish language books and resources to schools.

Highland Radio's Managing Director Shaun Doherty this morning described Michael as a much loved and valued member of the Highland Radio family for many years, saying "his contribution to our GAA coverage and the Irish language was immense. We will all miss him. Our sympathy is extended to his wife Mary, children and all his family and friends".

Before the Saturday Sports programme this afternoon, Head of Sport Oisin Kelly paid this tribute to him........