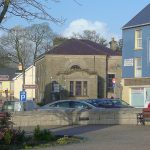 Donegal Circuit Court has been told that food to feed illegal drug gardeners was discovered along with sophisticated cannabis growing equipment when gardai raided a farmhouse in South Donegal in January of last year.

Judge John O'Hagan paid tribute to gardai today when a 71-year-old man admitted growing and possessing for sale €220,000 worth of cannabis plants at Garvannagh outside Ballintra.

The judge said it was “an extremely sophisticated operation” with defendant Peter Lam knowing exactly what he was doing when giving instructions to gardeners on the site of 265 cannabis plants.

Donegal Circuit heard that Hong Kong-born Lam was in Ireland 40 years and owned a number of restaurants in the Republic which he sold to pay off gambling debts.

The court heard that he said in a Garda statement that he was to have been paid €1,000 by the “Irish boss” of the operation on January 24, 2013, but he never received any money. Judge O’Hagan was also told that Lam, who lives in Belleek, Co. Fermanagh, was now seriously ill and suffering dementia.

Lam was sentenced to three years suspended and fined €1,500.

A co-defendant was jailed for three years earlier this year and a third man, an Irish man, is due to stand trial later this year.