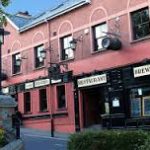 A receiver has been appointed to a number of businesses under the ownership of the Blaney Family.

The businesses include two of Donegal's best known pubs

The receivers have been appointed on behalf of the Alllied Irish Bank with debts believed to be in the region of ten million euro.

The businesses in question are The Brewery Bar and The Central Bar in Letterkenny, the Lagg Service Station in Milford, Blaney’s Mace shop in Kerrykeel and the Waters Edge in Rathmullan.

It is understood that management had hoped the businesses would be able to trade themselves out of difficulty - however recievers arrived on the premises late last week.

The premises, which employ about 50 people between them, remain open for business.