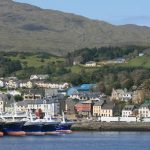 11 Irish fishermen, the bulk of them based in Donegal and members of the Killybegs Fishermen's Organisation, have won a second case against an EU commission decision not to grant them extra tonnage on the basis of money they spent on safety measures in 2001.

KFO Chief Executive Sean O'Donaghue says the work was done in the expectation of extra safety tonnage being granted, and when that was refused, the fishermen had to buy the tonnage at a significant cost.

They won an initial case in 2006, and now, their case has concluded, with the European Court ruling that the rejection of their tonnage applications was wrong.

Mr O'Donaghue says they will now sit down with the EU commission to discuss how the vessel owners are to be compensated..............