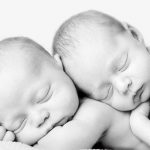 The Health Minister is downplaying fears for the future of maternity services in the West and North West. Questions have been raised over the future of Letterkenny General Hospital's obstetric unit in a confidential report commissioned by the HSE.

The closure of up to four obstetric units in the west and northwest is mooted in the report as part of a reconfiguration of maternity services.

The study by the Health Partnership Consultancy states “significant changes” are needed in the way services are delivered.

The development of midwife-led units, either alongside obstetric units or on a standalone basis, is recommended in the study.

The report has been seem by Fianna Fail Health Spokesperson Senator Marc McSharry:

However, Minister James Reilly says this is the same report from which elements were leaked earlier this year, and no decisions have been made........