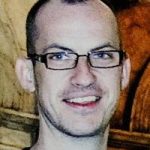 An inquest into the Real IRA murder of a Derry man will begin next week.

Kieran Doherty's body was found dumped on the Braehead Road on the outskirts of Derry on February 24, 2010.

The 31-year-old had been stripped and bound before he was shot dead.

The dissident republican group, the Real IRA, claimed responsibility for Keiron Dohertys murder but, to date, no-one has been charged with the murder.

The PSNI recently said that, so far, they have made three arrests and carried out a number of searches in relation to the shooting, but added that they ‘still need assistance and information from the community to make progress’.

Mr Doherty, a father of one, was a former republican prisoner from the Brandywell area of Derry.

Days after his murder, the Real IRA issued a statement admitting responsibility for killing him.

In the statement, the dissident group claimed that Mr Doherty had been one of its own members.

A preliminary hearing in the inquest into Mr Doherty’s death will be held in Belfast on Monday.