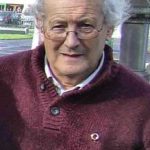 An investigation is underway after a 69 year old man was killed in a road collision in Donegal.

He was driving a motorcycle which was in collision with a truck at Loughmor, Barnsmore Gap, on the Donegal town to Ballybofey Road at ten to twelve.

The motorcyclist was a marshal for the Cycle Against Suicide, Bernon O Connell, originally from Cork, but living with his wife Kerry in Tralee was escorting a group of almost 800 cyclists when yesterdays accident happened.

One of the organisers for the Derry route of the event, Deirdre McColgan, says everyone involved in the Cycle Against Suicide are in complete shock:

6 millionth vaccine to be administered in Ireland today