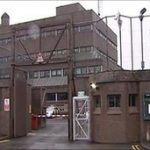 Police in the North have arrested a man in connection with a car bombing at a police station in 1998.

The 47-year-old was arrested by detectives from the PSNI's Serious Crime Branch in the Dungannon area of Co Tyrone - over the Moira attack in which a number of people were injured.

He's been taken to Antrim police station for questioning.