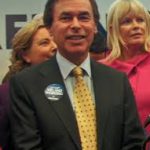 The announcement was made in the Dail this evening.

The resignation follows the Government's receipt of a report by Seán Guerin that was critical of the Department of Justice's response to the allegations made by Garda Maurice McCabe.

In his resignation letter to Enda Kenny, Mr. Shatter says "I believe you are an extraordinary Taoiseach doing an extraordinary job during what has been a very difficult time for our country".

He writes that "I am anxious that any controversy that may arise on publication of the Report does not distract from the important work of Government or create any difficulties for the Fine Gael or Labour Parties in the period leading into the European and local elections".