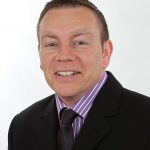 A Buncrana councillor is calling Transport Minister Leo Varadkar to clarify the status of Cockhill Bridge, and where the application for a replacement bridge sits in his department's priorities.

The minister recently claimed that Donegal County Council had not applied for funding for a new bridge since 2010.

However, Cllr Ciaran Mc Laughlin says he's been told by Donegal County Council officials that they have submitted the Cockhill Bridge Replacement Project as a "shovel ready" project on three occasions last year and on one further occasion this year.

He sdays the issue will be raised in the Dail this week by Deputy Padraig Mac Lochlainn..........