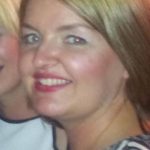 A child involved in a collision in County Donegal, in which a woman died, has been transferred to the Royal Victoria Hospital in Belfast.

38-year-old Siobhan Hutcheon, from Ardmore in Muff, died in the incident that involved a car and a bus.

It happened at about 330pm yesterday afternoon on the road between Letterkenny and Derry.

Two other children remain in a stable condition in Altnagelvin Hospital in Derry.

The Belfast Trust said the child was in a stable condition in the Royal.

The driver of the bus was not injured.