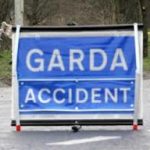 A woman in her 30s - from Derry - has tragically died after her car collided with a bus in Co Donegal.

The accident happened at around 330pm on Sunday in Ardee, Newtowncunningham.

The woman was pronounced dead at the scene.

Her body was taken to Letterkenny General Hospital for a post-mortem examination.

It's understood the woman's three children were also in the vehicle with her at the time of the accident, the children were taken to Altnagelvin Hospital, there are injuries are not serious.

The driver of the bus was uninjured.