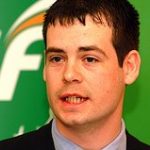 The government has been accused of deliberately timing the banking inquiry to distract from its ongoing problems over water charges.

Sinn Féin says many senior bankers are still facing criminal trials - and that it doesn't know why the inquiry is being organised now.

Enda Kenny has confirmed that the Dáil and Seanad will be asked to finalise the arrangements for the inquiry next week.

But Donegal South-West Deputy Pearse Doherty says he believes the inquiry is a deliberate distraction from the government's own problems: