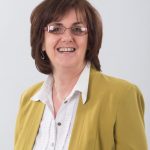 It's been claimed that there are only eight gardai based along the banks of the Foyle in Eastern Inishowen.

Fianna Fail local election candidate Mary Mc Cauley says garda numbers have now fallen to such an extent that station in Moville is often closed when it should be open.

She say's she's been approached by a number of residents concerned about difficulties in accessing Garda personnel, and that's leading to concerns for the future of the stations.