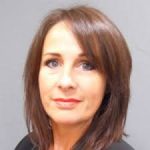 A Derry councillor says a family living in the Kylemore area of Derry city is being “tormented” by a gang of at least 10 youths.

Councillor Shauna Cusack says the family, whose elderly mother resides at the home, has been plagued by anti-social behaviour outside their home for a number of nights.

She claims the gang of youths, with an average age of around 15, throws objects at the house and bangs on their windows late at night.

The youths are not believed to be from the Kylemore area.

She says the fact that young people are on the streets well past midnight is of concern, and she is urging parents to check where their children are, who they are with and what they are doing.