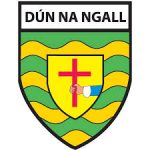 The death has taken place of John Hannigan, who will be fondly remembered as one of the GAA greats in the county.

In his 70s, he suffered a heart attack on Sunday and died earlier this morning in Dublin.

A versatile and popular player he represented both St. Eunan's and Donegal with pride and distinction and was particularly prominant in the 1960s.

His contribution to the game was recognised some years ago when he was inducted into the St. Eunan's Hall of Fame. His passion and commitment to the game was hugely regarded.

He was also a keen golfer.

He is survived by his wife Claire, son Damien and daughter Adrianne, and a large family circle to whom deepest sympathy is extended.

His death has evoked a sense of deep shock in the local community and beyond and the tributes that have been paid to him reflect the high esteem in which he was held.