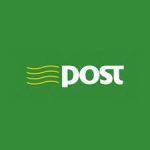 Calls have been made on the Minister for Communication, Energy & Natural Resources, Pat Rabbitte to keep the Lettermacaward Post Office open.

In a letter sent to the Minister by Councillor Terence Slowey he pointed out that Doochary and Fintown Post Offices had closed in recent years.

He also informed the Minister that a number of local people had shown expressions of interest in providing postal services after the Postmaster retires.

And Cllr Slowey says that the people of Lettermacaward would have to travel long distances to Dungloe or Glenties, and it would impact greatly on the community, particularly the elderly..........