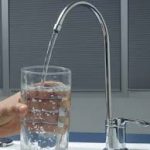 The Cabinet will sign off on proposals for the cost of the water charge at a special meeting this morning.

It's understood the final figure could come in at under 250 euro - with a standing charge of about 50 euro.

That's likely to dominate the agenda - while Ministers will also discuss plans for Free GP Care for Under Sixes.

The Government has been on the back foot in recent days and under increasing pressure to reveal the pricing strategy at Irish Water. Taoiseach Enda Kenny wants to retake the political initiative by signing off on proposals for the charge this morning.

It's understood the Government wants the charge to come in at under 250 euro - less than the 300 euro figure circulated in recent weeks - with a standing charge of about 50 euro.

They'll also decide on how much funding Irish Water will receive.

Also on the agenda will be the contentious plans for Free GP care for the Under 6s - a plan which has come under renewed attack from doctors in recent weeks who say it s unworkable with current funding and staffing levels.