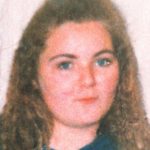 Fresh information about the location of the body of a County Tyrone teenager could lead to new searches, a solicitor has said.

The inquest into the 1994 disappearance of Arlene Arkinson was adjourned today.

A barrister for the coroner said it was adjourned because matters that were part of a criminal investigation had arisen.

The family's solicitor said it was the most positive development he had known.

Des Doherty said he understood information had emerged that "could potentially bring the remains of Arlene back to her family".

Fifteen-year-old Arlene, from Castlederg, County Tyrone, went missing in August 1994 after a night out at a disco in Bundoran, County Donegal.

Her body has never been found.

Mr Doherty said Thursday's hearing was the 19th since its first sitting in November 2007.