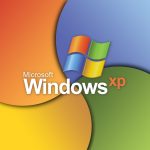 Support for Windows XP is ending today. The final security update for the software will be released today by Microsoft. Users of XP - which was released 13 years ago - will have to upgrade to a newer operating system.

Microsoft says technical assistance for the system will no longer be available - including automatic updates. Microsoft will also stop providing Microsoft Security Essentials for download on Windows XP.

In a statement, Microsoft says "If you continue to use Windows XP after support ends, your computer will still work but it might become more vulnerable to security risks and viruses".

"Also, as more software and hardware manufacturers continue to optimize for more recent versions of Windows, you can expect to encounter greater numbers of apps and devices that do not work with Windows XP" it adds.

The firm is recommending that users upgrade to the Windows 8.1 system.

Technology reporter Jessica Kelly says these users have a number of options.

"They could purchase a new device - or just ignore it".

"If you do plan to ignore it, download a free version of anti-virus" she added.