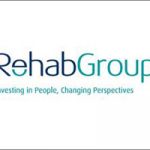 The Fianna Fáil Finance Spokesperson says only the Irish public can decide when the Rehab crisis is over.

The Group has admitted its response to recent public and political demands for transparency have been 'inadequate'.

Rehab's directors say they did not exercise strict or appropriate oversight and has appointed an independent consultant to oversee a "root and branch review" into how it conducts its affairs.

Fianna Fáil's Micheal McGrath says the public will decide whether that response is good enough.

"Their judgement will be evidenced by the level of donations and the public support that people are giving to Rehab and every other charity in the country" he said.

"But I think an important point has to be made in relation to Rehab: that today's announcement changes nothing in terms of their responsibility now to cooperate fully with the on-going work of the Public Accounts Committee" he added.