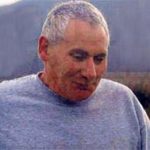 An internal review of how the Health Board and subsequently the Health Service Executive responded to the case of Michael Ferry, has found that the initial response did not comply with the Children First guidelines.

The 58-year-old of Carrick Boyle, Gweedore was convicted in 2002 of indecently assaulting a boy at a former school he worked at as a caretaker in the Donegal Gaeltacht.

He then continued to work as a caretaker at Ard Scoil Mhuire, which was used as an Irish language college.

Now a victim of Ferry, Derek Mulligan, says the findings of the report are 'horrific', and he says he may have to go to Europe for justice.