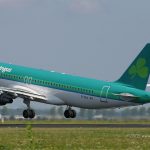 The Transport Minister has warned that he cannot allow Aer Lingus and the DAA to take a major financial hit in their pensions dispute.

Leo Varadkar says the government stake in the airports and Aer Lingus would be devalued, meaning a hit for the taxpayer, if they carry the burden of bringing a gap in their workers' pension fund.

The Minister has told the Dáil that the companies and their workers are "pretty far apart" in trying to reach a deal.

He says the taxpayer can't be held to ransom by a smaller group of workers.

"Bear in mind the Aer Lingus stake belongs to the 4.5 million citizens of this State, as does our stake in the airports" he aid.

"I can't stand over a situation whereby Aer Lingus and the DAA - and Shannon - are de-valued or put in a vicarious financial position in order to secure benefit for a few thousand people at the expense of 4.5 million" he added.