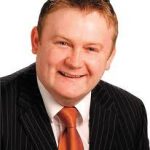 A senior HSE orthodontist has admitted that the service is in crisis in Donegal.

The comment is contained in a circular obtained by Cllr Dessie Larkin in which Sligo based Consultant Gerard Rahilly points out there are just seven assessment days a year in Letterkenny and one orthodontist in situ.

The circular also notes that enquiries are usually responded to with assurances that the HSE is attempting to increase both staffing and space, neither has been acted on.